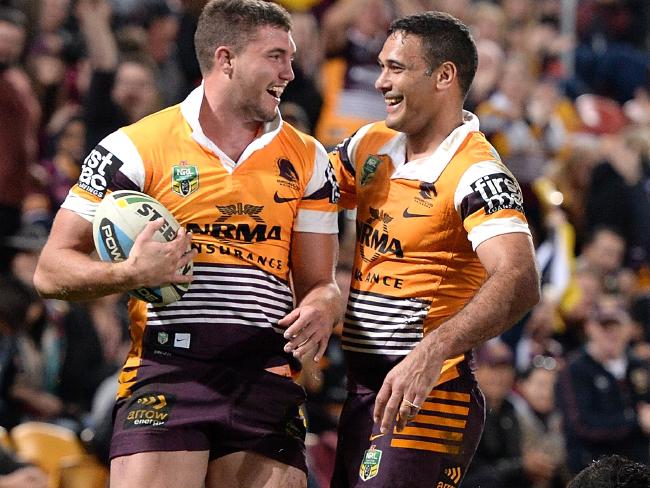 The Frownlow Medal is awarded to the player whose off-field demeanour epitomises the values of the modern day footballer and draws attention to the status of footballers as role models to young Australians. It covers Australia’s four major football codes; the National Rugby League (NRL), Australian Football League (AFL), the A-League (Football) and Rugby Union’s Super Rugby competition. Kiwi international and Sydney Roosters player Shaun Kenny Dowall won the inaugural medal in 2015, while Corey Norman from the Parramatta Eels won in 2016.

The Frownlow Medal Hall of Fame honours former players and players who received media attention in previous seasons, for similarly scandalous behaviour, and its inductees include Ben Cousins and Todd Carney.

Hodges and his BFF had spent the day at Doomben race course where they consumed a generous quantity of alcohol and reportedly engaged in flirtatious horseplay, before drinking some more.

They then moved their ‘blind’ date to ‘At Sixes and Sevens’ bar in Brisbane where the controversial incident occurred. Hodges apparently took the young colt by the reins and led him to a secluded corner of the bar where they consumed more alcohol and stared longingly into each other’s beer goggles.

Witnesses claim the trouble started when one of the ‘backs’ became too ‘forward’ and expressed a desire to ‘score’ after ‘putting in the hard yards’ all day. Passions overflowed and the private tiff became public.

Authorities investigating the incident have downplayed the influence of alcohol and expect the happy couple to release a statement on social media declaring their undying love and commitment to each other and the desire to move forward both personally and professionally.

The besties are also expected to become the first ever Rugby League partners to appear on Channel 9’s hit reality show, The Block.