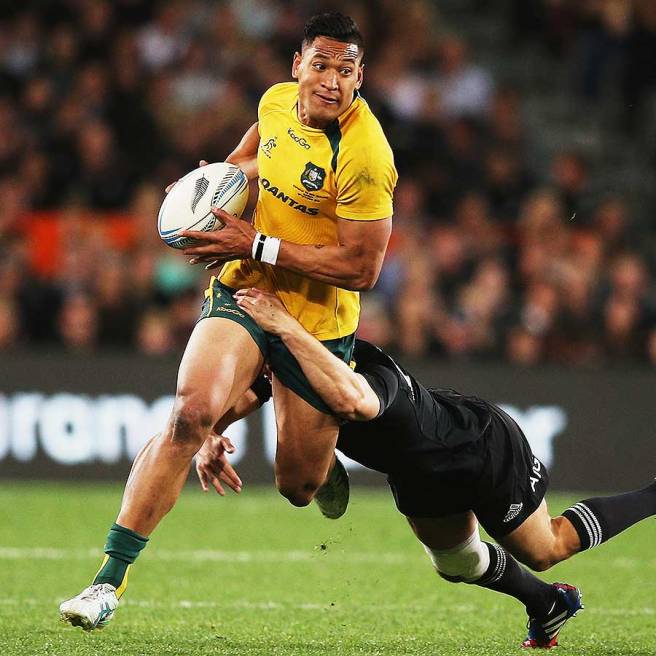 Israel plays Hugby. He plays Hugby for NSW and Australia and he is one of the best and most famous Hugby players in the world.

He also gets played a lot of money to play Hugby.

Not according to a Brazilian friend in Sydney, Australia, home to Folau’s club team, The  NSWWaratahs.

According to my Brazilian friend, Folau and his teammates play Hugby, because Brazilians often replace the R sound with the H sound when they speak English.

I learned this when I went to a friend’s house to watch a game of Super Rugby, and his Brazilian wife asked which football code we were watching on that particular occasion. We told her “Rugby”, as we call it colloquially in Australia, as opposed to “League”, the vernacular for Rugby League.

When we told her we’d be taking over the lounge room to watch Hugby, she joined her friends to ‘fofocar’, after asking;

I’m sure Israel Folau loves jumping on top of other players, he loves Hugby.